So in this article, I want to talk about NIO's (Tesla of China) big news and stock chart performance. At the chart analysis, there isn't much in terms of activity from NIO, and mostly the price has been holding quite well for quite a while now.

It's been holding at the $2 around the $2 30 marks I would have preferred it to hold around the $2 50 marks personally, but the fact that is holding somewhere is great news to me. Now we'll go into the chart in a second first of all I want to cover some news of some — very very important updates.

I'm gonna be going through the background of the company on the channel/blog any way you know as we go. But I felt that this news was highly important to making decisions on the stocks for NIO.

So what I'm suggesting is the news is just broken from NIO about this vehicle they are currently before launch calling the third model. And to be honest with you what it reminds me of TESLA is their third model, so they seem to be leaning towards exactly what I wanted them to do which is like they're going for it like Tesla's role for the model 3 and NIO's marketing this as the third model.

A mass-production model and because Tesla did the Roadster than the model S the Model X first and then they went on to the model 3 and now NIO is gonna make this third model they're calling it. But I hope that's not the name of it call it like ES3, or something like that also some somewhere along those lines because they've got the ES8 they got the es6 hopefully this is the ES3, and it's more like a model three.

But it depends what the market in China wants as well, like do they want model three, that's the thing if there's a demand for model threes in China then that's what they should produce but this I mean I can't tell what this is it looks like.

It looks like, like when I first saw it, it looked like a Model S slightly, and obviously, we can't tell what it is from this very darkened picture in this video here, but I'm sure it will look beautiful there on the DEC 28 2019. I've noticed a comparison actually of what their SUVs look like, and they look very similar to say outfit whereas here in the UK they have SEAT Vitara's I think in the US and Europe as well SEAT Vitara's.

They look like those quite a bit, they are beautiful SUVs, and I feel that whatever this model is and how the supercar was will be a beautiful car and will sell because they're selling five to six thousand vehicles a month, so why wait.


That's the NIO news; they're very important that's going to be your date, which is the 28th of December. Which is at the end of this month, gotta watch out for that it's gonna be great.


Now let me take you into the chart, so here we've got the chart for the day again started off with a dip early on and then not much activity through the remainder of the day. NIO Stock went up to $2.33, had a low of $2.26 and stayed around $2.29 unless the market is still open at the moment it's probably got about an hour or two left.

Yeah, the price is holding strong. I do not think that this news has been picked up by the shareholders as yet, or the market is slow. I don't think there's been much activity along these lines. But I think that there should be more pickup in the stock very soon.

I believe it depends on like the stock Tesla stock that I'm comparing this to Teslas or the Tesla truck launch. The stock dipped quite a bit because of some broken glass, so it depends how well NIO's launch goes as to what happens with the stock it might tank for a week or two, but now if you look at it.

I need to make a Tesla stock video to make a comparison of what really happened to the stock after the Tesla truck and the three probably 300k to 350 thousand pre-orders the truck got because it's not laughing Matter 3 250 to 300 thousand pre-orders is no small deal that's a large number of vehicles being pre-ordered not sold pre-ordered in the first 72 hours. Thus masses like I don't know if some companies generate that on normal vehicles but Tesla did on a track which looked like what some people said out of reading dresser with doing graphics turned down, you know.

I think it's beautiful now having looked at a few times well if NIO does somewhere similar like NIO does a decent launch. I think the stock price will go up for the coming weeks and months. I don't know that obviously, but I think that's based upon what I found with happening with Tesla because it will depend on the numbers.

I don't know if NIO will near those pre-sales, but if they're anything like Tesla, they need to be copying Tesla. It seems which is a good thing to do. NIO just, if you can hear me ever! Just copy Tesla; don't do anything else. Just copy Tesla everything you do. Just copy them, and you'd be fine.

Because no one else is copying them, Samsung copied Apple to an extent they were all already established, but to an extent, Samsung's Stocks and within business in the mobile phone industry exploded because they copied what Apple was doing. And they ended up outstripping sales compared to Apple Stocks when compared to the number of iPhones there were more Samsung's being sold than iPhones at one point.

They were charging similar prices to it wasn't like there was some half price of our iPhone, you know so it was it can be done. Just carry on copying Tesla. That's my video news on and chart analysis on what's going on with NIO today.

I would have liked to have seen a bit more activity and maybe volatility at least with NIO Shares today regarding the news because I believe it's been out for about a few hours came out before the market open. I don't know why that hasn't been picked up. I think shareholders might be reserved until the actual launch of the stock launch of the vehicle, which I don't know I don't know what it's gonna be called?

I've got a feeling it could be called ES3, and if it's called ES3, then yeah, my prediction was right. Now we'll have to wait and see if you like this article/video make sure you subscribe click the bell icon on youtube & comment below. Let me know what you think of NIO stocks Tesla stocks any stocks, or if you want to talk to me in the comments I love talking engaging with you, and I shall see you in the next blog post or video if you're on the website comment on the below as well and make sure you sign up to the email list to get Stock Alerts + $500 to $3000 + updates from me catch you soon.

Giffgaff Pay As You Go Bundles

Prepare yourself in for a new discovery in the mobile world. Giffgaff is the dream network you have only just heard about if so get £10 free... 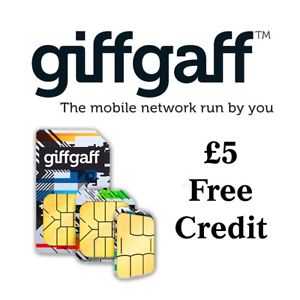 +Check your inbox for the email!
Discover how I got $100 Free Stocks Now!