In the past year there has been a large scale rollout of 4G and this year 5G is on the tip of everyone's tongue. With this new level of connectivity and data transfer in an ever more connected world with big data at your fingertips through your smart devices he is ever more apparent that the need for larger bandwidth without wires is the future.

The 4G standard that we are going to discuss primarily within this guide article he's going to be LTE. There are three main standards that comprise 4G at present and those are LTE, UMB and WiMax. but as we feel that LTE is the most widely recognised we will only be discussing LTE most of the time during this article.

4G first of all is the current standard being rolled out across the US and if you upgrade any type of smart device at the moment you're likely to get 4G capability as a minimum. 4G as a minimum expected speed it's said to be 20 times faster than 3G which puts it at an average speed of 60MB per second however it can max in lab conditions only as per Wikipedia up to 300MBS. We have seen some mobile home broadband providers claim speeds of up to 150MB, but as we know this is always on very independent and variant basis.

As with any type of a broadband connection it's important to check your coverage within your locality or where you are planning to use the 4G or 5G as a steady broadband level connection. You can do this via 4G and 5G coverage maps websites that allow you to check how much coverage you have in the particular region where you want to use your connection.

5G is the latest roller on wireless broadband connectivity, there seems to be a much bigger push on 5G from all parts of the US with leaders such as AT&T and Verizon Wireless front running.
5G seems to have had a much larger adoption from leaders to be rolled out to the masses and is likely to see a quicker more robust rollout then 4g did. It is difficult to say what the exact speeds expectations are of 5G as there has been a lot of varying reports to say the least, where some have quoted speeds up to 20GB per second all the more modest tests like the one from Verge show a consistent 1.4GBs in Chicago.

We have also written an extensive guide on the best LTE mobile Wi-Fi routers  4G and 5G connectivity. It's important to take combined approach to both at present because although there's a huge push to roll out 5G it still may not be as readily available in the next few years to say the least as 4G is at the moment so it may be well worth getting a router that can either support both 4G and 5G or 4G for now but be looking towards 5G later on. Below is a list of the best LTE mobile Wi-Fi routers that have a SIM card slot.
Check out this Wifi Profits Webinar showing you how to cash in on your wifi. 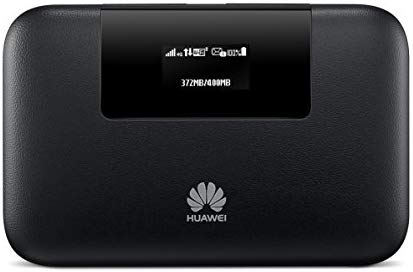 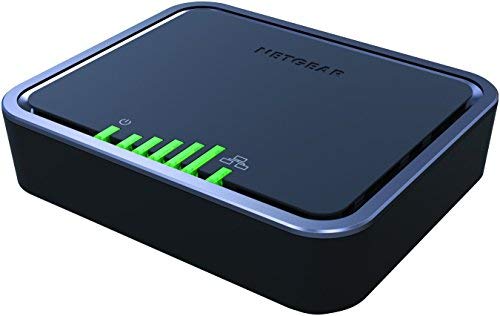 This device needs a micro size SIM card, (not-Included though free from most GSM networks with activation of an account) There will be a sticker with the Unlock code enclosed on the box label in case you need to reformat the device or change your Network provider.
LTE Bands: 2, 4, 5, 17. 4G/3G: HSPA+ 50/1900/2100MHz, Global roaming.
Removable Netgear W-6 4,020mAh battery that lasts for 22 hours of continuous streaming.
Compatible with GSM carriers AT&T and T-Mobile as well as with GSM SIM cards (e.g. H20, Straight Talk).
Will not work on Verizone or Sprint 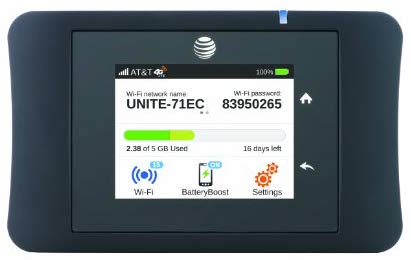 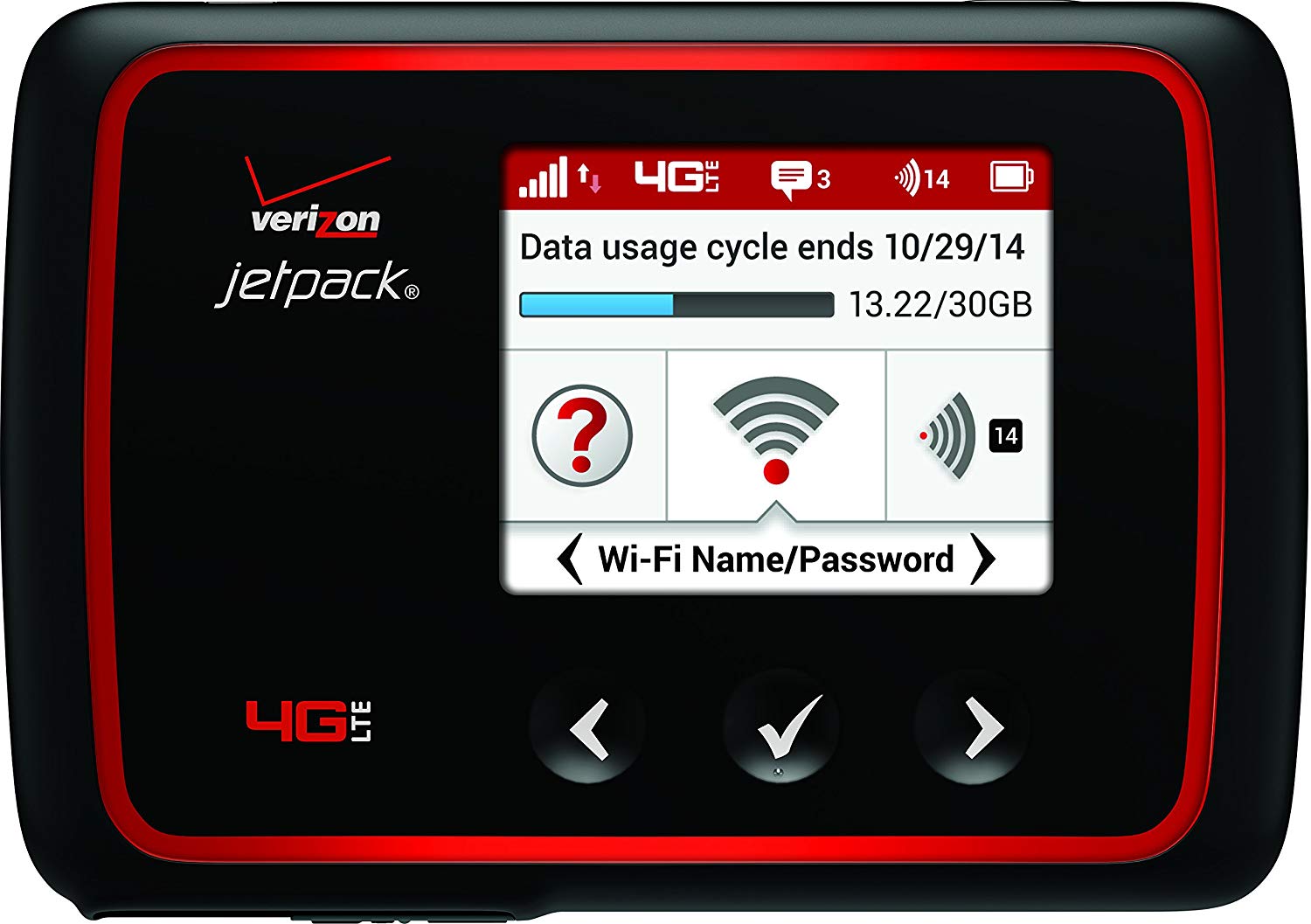 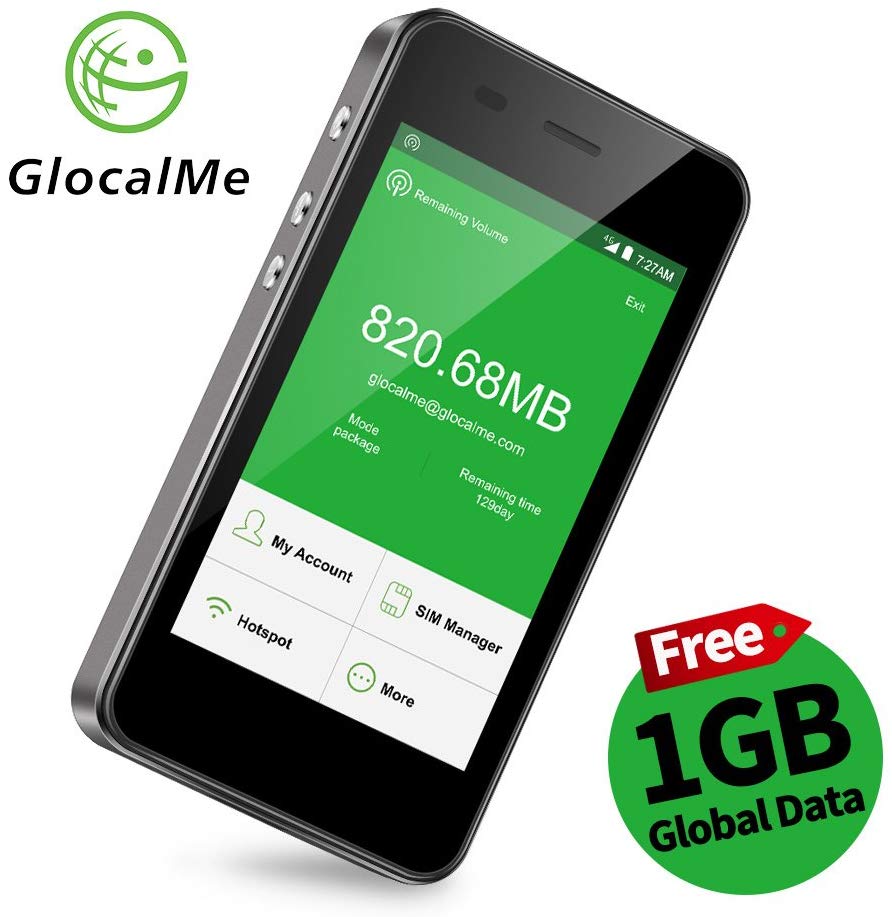 A superb travel companion, have internet access whenever and wherever you want! Can be used in car journeys making more fun and entertaining for everyone you're travelling with.
Provides up to 150 Mbps 4G LTE and 43.2 Mbps up
Unlocked to all networks so use a sim card of your choice.
4G LTE 2100/1800/850/2600/700 MHz; 3G UMTS 850/2100 MHz. NOT compatible with 3G (Verizon, sprint)
Up to 10 devices SIM card required 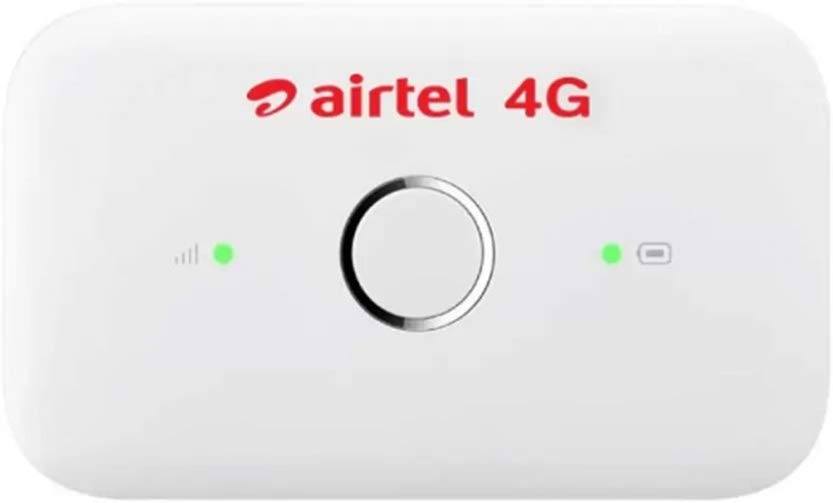 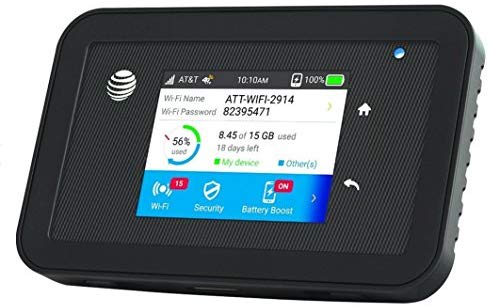 So far they are not any 5G LTE SIM card routers available on the market to readily purchase however. D-Link debuted a 5G mobile cellular SIM card router in January 2019 at CES that displayed species that worth 40 times the speed of wired routers. Huawei is also working on reading the existing routers to be 5G compatible in the near future. As soon as we know which 5G routers are available on the market for you to purchase we will be updating this buying guide to list all the latest devices you can purchase to use as your 5G wireless SIM card router. 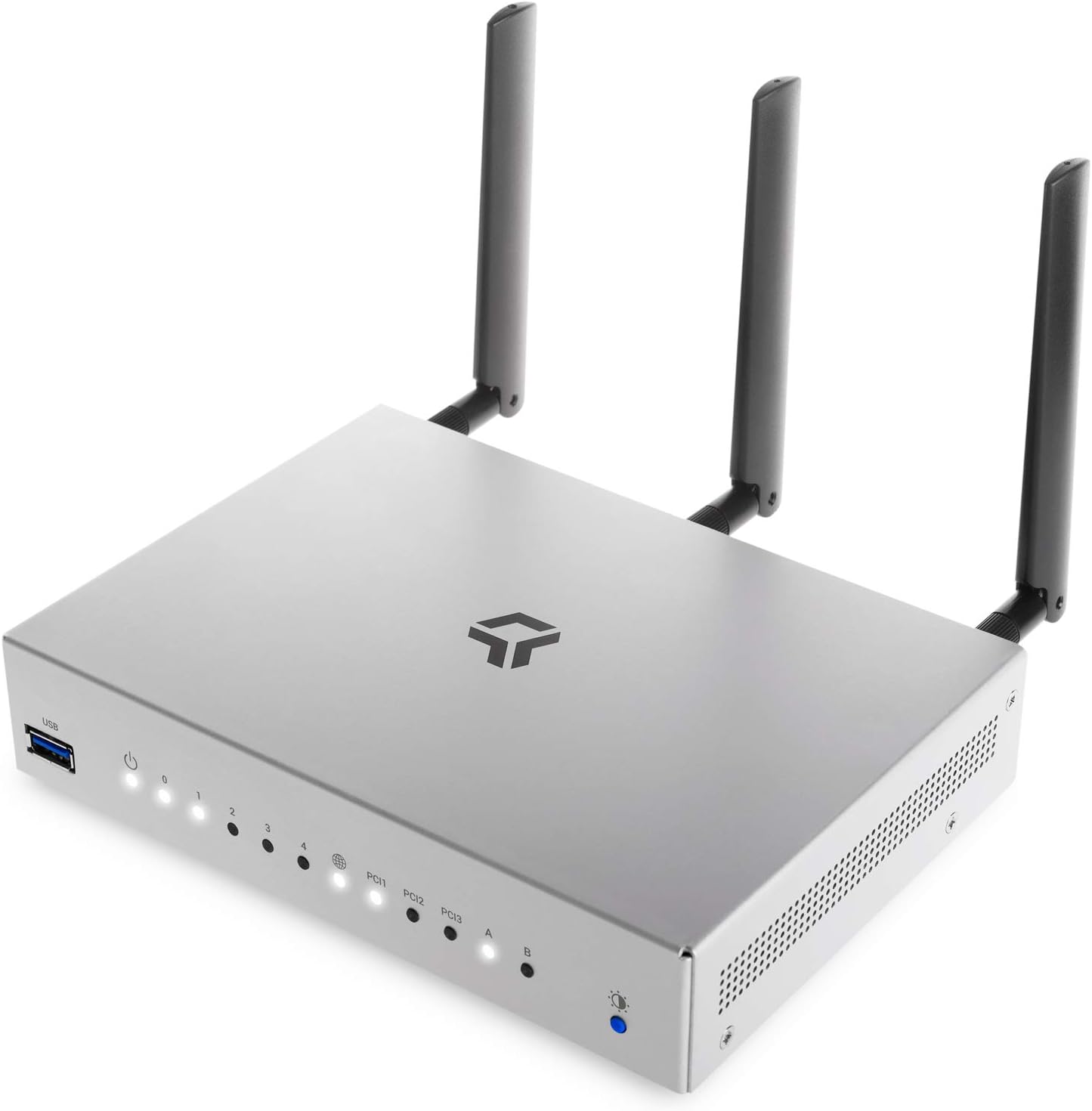 that seem to be a large number of unanswered questions around the internet and we wanted to take the time to answer those questions to help you better understand the cellular SIM card Wi-Fi router world. hello we have compiled a list of frequently asked questions about SIM card Wi-Fi routers that we hope will help answer any questions you may have or may have seemed to technical to understand we tried to break them down into real-world scenarios and we hope that it gives you a better understanding.

Which is better MiFi or WiFi?

They are to be precise to separate things entirely Wi-Fi is a networking standard that allows you to connect from one device to the other and transfer data across a Wi-Fi signal. MiFi is the device itself that is being referred to that can be connected to by other devices and multiple devices up to 20 in some cases. A mifi device can be connected to a cellular network to provide internet access through that cellular network and usually the connection is delivered to the devices that connected to the Mi-Fi device via Wi-Fi.

So to put the difference of Wi-Fi into an actual real world example say you are connecting via your phone or laptop to a wireless router, or maybe a hotspot connection. You are connecting using Wi-Fi router or hotspot is emitting a Wi-Fi signal that your device is then catching and using to access the internet via that network.

MiFi are like the small devices that are listed in our list of devices above that allow you to insert a SIM card and create essentially your own mobile router. This allows you to connect up to 20 devices and you are not bound by an ethernet based static connection you can be located anywhere and connect your devices on the go.

What is a 4g LTE router?

4G LTE router is broadband best router that is wireless and doesn't need you to be in a static location you could be completely mobile whilst using your 4G LTE router. It functions using a SIM card slot which is normally provided by your network provider on a data plan that best suits your needs.

These routers provide a connection that is up to 20 times faster than 3G and they are also backwards compatible with 3G in case you're in locations that don't support 4G LTE you can always revert back to a 3G connection using the same mobile router. the LTE routers usually have firewalls built in so you have added security when accessing using your devices such as laptops mobile phones and tablets.

Provides connection to your devices via high-speed Wi-Fi and there is the added option of using Ethernet if required to further increase download and upload speeds. With the prevalence of 4G and soon-to-be 5G coming into focus you're next router is very likely to be a cellular mobile network based router.

How much does it cost to have a Sim card Router?

first day you would need to pay for the cost of the device which can range anywhere from $70 all the way up to $400 depending on what you need. The device you purchase in terms of for example of 4G LTE router as per our list above will have its own features and functions so it's important to compare to figure out exactly what you require from your SIM card router.

After the initial cost there is the cost of your cellular network that you will need to factor in depending on what your data consumption needs are on a month-to-month basis. At present cellular networks in the US are providing 4G connectivity which is the most accessible but most SIM card routers have backwards compatibility with 3G for areas that don't cover 4G. with 5G on the horizon it may be worth considering purchasing a 5G SIM card router in the next year because it should have backwards compatibility with 4G.

The cellular providers that are available offering plans for data to be used with SIM card routers or AT&T Verizon and Sprint. But important to know, is that you will have to check which router is compatible with each cellular network as they all differ and even though one of them may say that they are unlocked or open to all networks it may still love you the case. The monthly cost will range anywhere from $25 all the way as high as $330 per month depending on how much data you need.

As an example AT&T offer an unlimited data plan with unlimited calls texts. That gives you 15GB worth of hotspot data the price of this plan is $80 per month. You could also consider pay as you go options. This would mean that you would only be allowed to use 15GB of data with your wireless router per month if you would consider this option there are other options that provide data only where you wouldn't need the minutes and texts on the same word probably best for data and wireless access via your mobile router.

How fast is 4G compared to 5G?

4G as a minimum expected speed it's said to be 20 times faster than 3G which puts it at an average download speed of 60MB per second, however it can max, in lab conditions only, as per Wikipedia up to 300MBS. We have seen some mobile home broadband providers claim speeds of up to 150MB.

The exact speed expectations of 5G are difficult to pin as there have been a lot of varying reports to say the least. Where some have quoted speeds up to 20GB per second, the more modest tests like the one from Verge show a consistent 1.4GBs in Chicago.

Best 4G & 5G Routers UK, CA and AU
Most of the same brands accross other countries to see here
Best UK Network with £5 to £10 free credit for 4g and 5G routers
Email ThisBlogThis!Share to TwitterShare to FacebookShare to Pinterest

So in this post I'm going to discuss my research stages of looking into what's going on with the rise recently the 14% rise of Netfl...